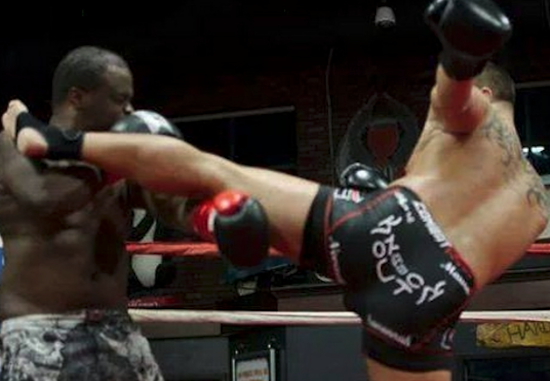 In a heartbreaking story that has combat sports fans up in arms, 31 year old mentally disabled Jessie Roach was knocked out by the event’s promoter, Jesse Rowell in an unsanctioned kickboxing bout. Rowell is also a trainer, and has fought in both kickboxing, and MMA events for over 10 years.

Roach admitted to the Milwaukee Journal Sentinel that he doesn’t know what a waiver is, and his family confirmed with the source that he has an intellectual capacity equivalent to that of a grade school student.

Roach also admitted that he was under the impression he was participating in a wrestling match until several hours before the event, which he had trained in a garage for. According to Roach, he was promised $50, and a medal for participating in the fight, which lasted just 47 seconds before Rowell landed a head kick that knocked Roach out.

The pair fought once before, in a MMA event, which was also organized by Rowell. That bout also ended with Rowell winning by way of knockout.

In addition, Rowell added a picture of the knockout to his Facebook profile, as his profile picture, and claimed he never knew about Roach’s intellectual disabilities.

“I would never fight a guy if I new (sic) he had a disability,” he wrote. “I wasn’t the promoter or didn’t hang with that other guy. The other guy has over 15/20 fights. I just fight never would fight if I new anything like this.”