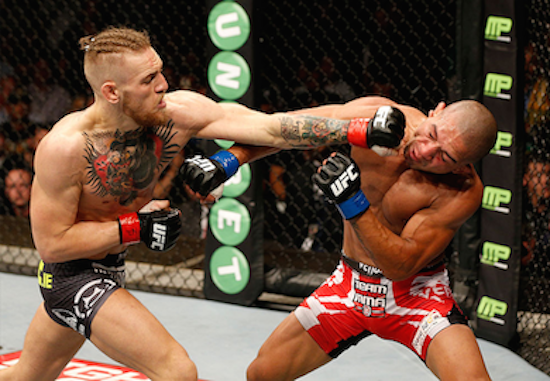 Is Conor McGregor the next Muhammad Ali? UFC CEO Lorenzo Fertitta knows the thought sounds “kind of stupid”, but that isn’t stopping him from the making the proclamation.

In a new interview with USA Today’s MMAJunkie.com, the UFC boss explained:

“I hate even saying this, but with his gift of gab and his athletic ability and fighting ability, it’s almost like the Irish Muhammad Ali in a way. To compare anybody to Ali is kind of stupid because of all the other great things that were associated with him from a social movement and everything else. But Conor has just got that sparkle, that thing to him. Wherever he goes – whether we put him on TV, whether he’s doing an interview, whether he’s around a group of people – he just is the center of attention. He’s got that special quality, and for a guy that’s fought in the UFC four times to have the interest of GQ Magazine, Men’s Health, ESPN? He’s got it.”