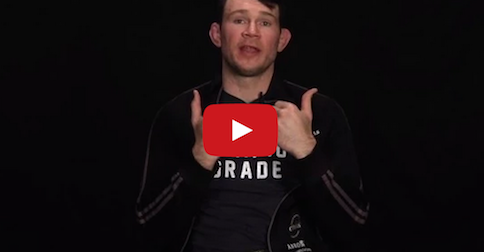 It adds that extra level of professionalism. It takes it to the next level where it’s not every guy out there hustling for this and that sponsor, and half of them are joke companies you’ve never really heard of. We become like major sports teams with that one sponsor.

It cuts out a lot of the legwork, a lot of the hustling. You know you’re getting x amount of money, so that’s guaranteed money. You’re not depended on maybe you get it, maybe you don’t when you deal with sponsors.

Guys like myself found out that the grass appeared real green, but you didn’t always get the paychecks, or in my case, sometimes you got the paycheck but they bounced. That’s one less thing you have to deal with. You’re going to get a certain amount of money just for wearing clothes, and you’re going to get to pick the clothes you want to wear.