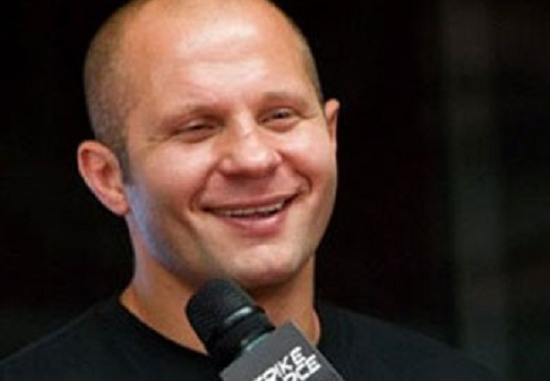 Bellator President Scott Coker is hoping to land some “big fish” in 2015.

Coker has already reached out to former UFC heavyweight champion Brock Lesnar, to let him know he should weigh his options before signing on any dotted lines.

Now the former Strikeforce boss has apparently set his sights on Fedor Emelianenko, to see if “The Last Emperor” has any interest in returning to the cage.

According to a report from Sherdog.com, Coker is planning on attending the annual Inoki Bom-Ba-Ye year-end event in Japan. While there, Coker expects he will have the opportunity to rub shoulders with the former PRIDE legend.

Fedor competed for Coker just a few years ago while under the Strikeforce banner.

Do you think Coker can convince Emelianenko to return to the mixed martial arts cage? Sound off Penn Nation!