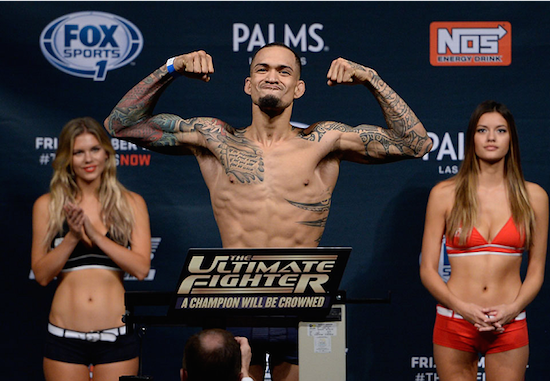 An intriguing lightweight matchup between Tony Ferguson and Yancy Medeiros (pictured) has been added to an already stacked UFC 184 event.

UFC 184 goes down on February 28, live on pay-per-view from Los Angeles. In the main event Chris Weidman takes on Vitor Belfort. In the co-main event Ronda Rousey takes on Cat Zingano.

By all accounts, the night’s latest addition should be a crowd pleaser.

With the addition of this bout, UFC 184 looks as follows: