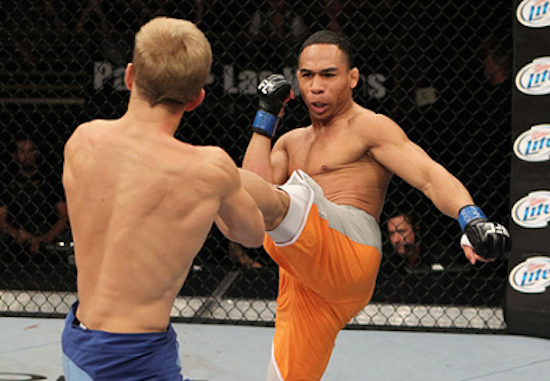 “Apparently I’m the bogeyman to the 125 division and I don’t even know why. Well, actually I do know why. My hands say it all. But, everybody is afraid of what I can potentially bring to the table, and that includes Demetrious Johnson. He’s afraid that I have that one-punch knockout that will change him from being the champion to being the number-one contender.”
…
“If it was such a fluke (his KO over UFC bantamweight champion Dillashaw), then give that fluke some reality. Prove that shot was lucky shot. Prove it wasn’t a pinpoint accurate shot that landed clear on your jaw and dropped you, that you weren’t wobbling after Herb Dean picked you up off the mat.

Was their original run-in a fluke, or does Dodson have TJ’s number?