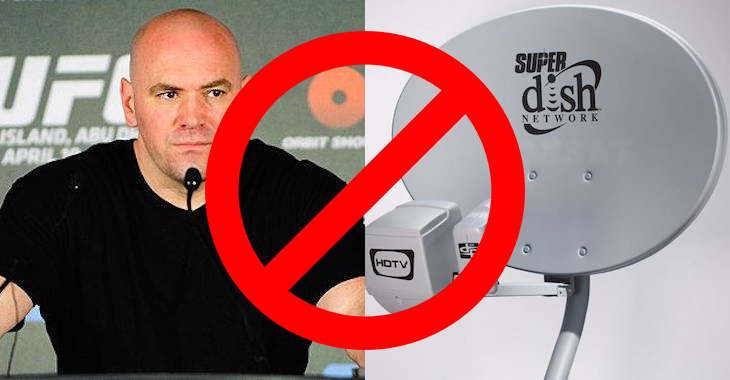 UFC 186 is just around the corner, but if you’re a UFC fan who subscribes to DISH Network, you will unfortunately be out of luck for this weekend’s show and future pay-per-views, unless the satellite TV company renews its distribution deal with the UFC.

In a statement released by the UFC on Wednesday evening, the promotion confirmed the news that DISH Network won’t carry the UFC 186 PPV event due to “contractual issues”.

“Due to contractual issues, DISH Network will not be offering UFC 186: Johnson vs. Horiguchi on Pay-Per-View this Saturday. While all other providers in the U.S. have come to an agreement on renewal terms, DISH Network has elected not to renew its distribution agreement with UFC. We have enjoyed a strong and productive relationship with DISH over the years, and while we’re disappointed with their decision, we are confident that our fans will be able to enjoy this weekend’s card through several other viewing options that you can read more about by clicking here. We remain hopeful that an agreement can be reached with DISH in the near future, but remain committed to ensuring that all fans have continued access to UFC events through multiple distribution options.”

According to Statista.com, there are roughly 14 million DISH Network subscribers in the United States.

The UFC has listed some ways for current DISH Network subscribers to watch this weekend’s pay-per-view event, most notably ordering the cards on UFC.TV or going through the “Watch at the bar or restaurant” option.