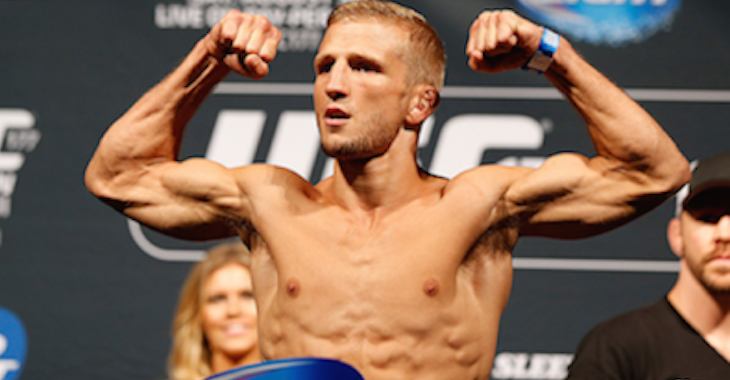 April’s UFC 186 event in Montreal took a huge hit earlier this week when news broke that current UFC bantamweight champion T.J. Dillashaw had suffered a rib injury which would force him out of his scheduled main event rematch with former title holder Renan Barao.

UFC President Dana White touched on Dillashaw’s injury during a recent interview with Toronto’s CP24, saying that the highly anticipated rematch will be booked “sooner than later”, his words:

“It’s not that bad in that he won’t be out that long, but he’s going to be out six weeks, which would be exactly when he was going to fight,” White said of Dillashaw in an interview with Toronto’s CP24. “So we’re not exactly sure when we’re going to push that fight back to, but we’re going to make it sooner than later.”