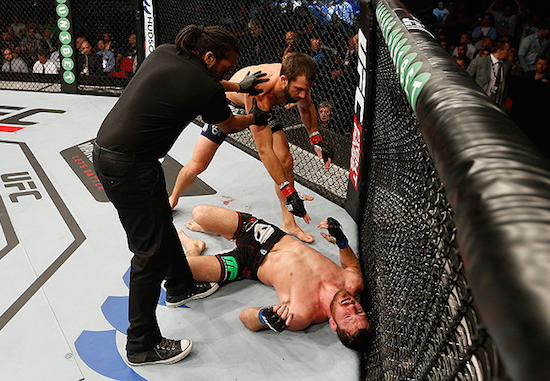 Earlier this month the UFC traveled to Sydney Australia where Michael Bisping and Luke Rockhold fought in the main event. Rockhold ultimately finished Bisping in the second round of the bout with a one-arm guillotine choke.

UFC President Dana White spoke to UFC.com on their weekly podcast, ‘The Download’ to discuss Rockhold’s ranking in a stacked middleweight division.

“I think that Rockhold’s performance showed where he’s really at, because no matter what you think of Michael Bisping, everybody respects him as a fighter. Bisping is legit. You can say he’s a gatekeeper or whatever you want, but he’s beat a lot of good people.”

In the mean time, Rockhold will continue to ‘be Jon Jones’ (Read that HERE), and prepare to fill in for Chris Weidman or Vitor Belfort should the need arise.