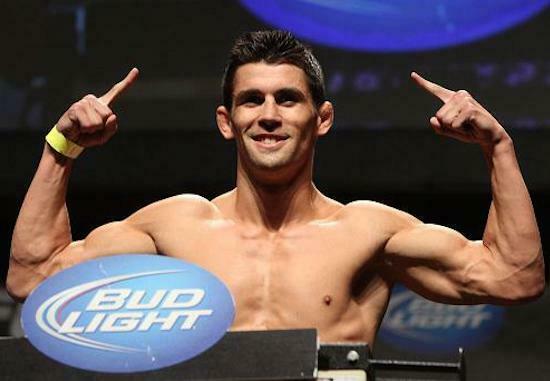 Earlier this week, former UFC bantamweight champion Dominick Cruz took to his Facebook fan page to reveal the tragic news that he had suffered yet another knee injury which will require surgery.

While obviously disappointed by the injury, “The Dominator” is still confident that he can recover from this his third ACL surgery and return to the octagon in 2015.

Here is what the 29-year-old had to say during a media conference call on Tuesday (via MMAFighting):

“Why can’t I do it?” Cruz said. “Why can’t I come back and be stronger than ever? There’s no question I can do it, in my mind.”

Cruz is set to have surgery on January 15 to repair the injured ligament in his right knee. “The Dominator” is hoping for a return to action in 6-9 months.

“I truly, truly believe after I get my right knee fixed, it’ll be stronger than it was before,” Cruz said. “It’s basically like getting two brand new knees.”

Cruz stated that he felt sick to his stomach after originally receiving the news about his knee. However, he soon found the motivation he needed to keep a positive attitude:

“There’s people that are waking up — God bless them — but they wake up one day and they have cancer and they didn’t expect it,” Cruz said. “They can sit there and say, ‘Why did this happen to me, there’s a million people in the world, but I’m the one who gets cancer?’ But what does that really solve to think that way? It doesn’t do anything. All it does is stress you out and make you think, ‘Woe is me, I’m the only one who’s got the problem.’ I’m not thinking that way. There are people out there going through so much worse and they need support and they need help.”

“The Dominator” put a quick end to any retirement talks:

“For me to retire, for me to think about stopping and to not put my head down and do the [physical therapy] is absolutely insane to me, because this is what I want to do,” Cruz said. “It’s another mountain to climb. I’m fully capable of handling this mountain. I have all the tools, I have the age and I have the mindset to handle this.”

Cruz returned to the octagon at September’s UFC 178 event, where he scored an impressive first-round knockout victory over Takeya Mizugaki. That win was expected to result in a title shot for Cruz against current champ T.J. Dillashaw, who holds the gold that Dominick never actually lost.

“The path has been chosen for me,” Cruz said. “I can sit here and try to blame myself and say, ‘How come everybody else can go through surgery with no problems?’ Realistically, the way I get through this is I think about the people out there that have real problems. I still have a job, I’m still promoted by the UFC, I still have a job with FOX, I still can be in the gym and help these guys get better, I can still elevate the sport of mixed martial arts, which is my passion. I can still come back and fight and win.”

Cruz expects to return to the form that saw him KO Takeya Mizugaki in just 60-seconds when he returns to the cage in 2015:

“I’m not happy about this by any means, but it’s also not going to drop me in a funk,” he said. “I’m not going to allow it to stop me.”