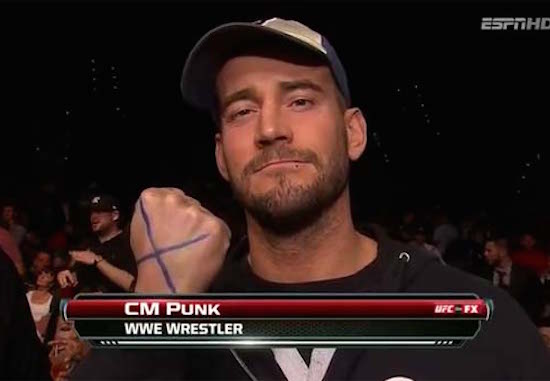 During a media blitz in New York city on Thursday, former WWE star CM Punk began opening up regarding his initial conversations with the UFC which led to him joining the promotion earlier this month.

The former WWE champion has taken a lot of flak for his choice to jump right in to MMA’s grandest stage at the tender age of 36, but Punk says he was willing to endure the entry level tournament known as “The Ultimate Fighter.” His words:

“It was very much a kind of free flowing conversation sort of like, ‘Well if you’re interested in doing this we’re interested in having you on board,’ so the kind of things I talked about in that conversation were, well, ‘Would you guys want me in ‘The Ultimate Fighter’ house? Is that the best way? Or is there another way that’s best to introduce the world to this idea?'” Punk told Jim Rome on Thursday (via FOX Sports).

Punk had mentioned the possibility of appearing on the UFC reality show in January during an interview with Ariel Helwani, but didn’t sound incredibly enthused:

“Not tooting my own horn and I’m saying that I’m some sort of megastar or anything,” Punk said earlier this year. “But do you put CM Punk [on TUF]?”

What are your thoughts on Punk’s most recent comments? Sound off Penn Nation!