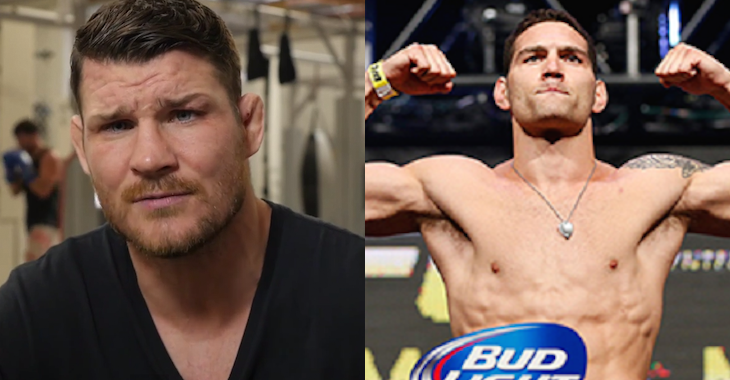 “I’m not convinced on Weidman yet. I’m sorry. I’m still not convinced. No offense. I know he’s getting a little smug up there the longer he’s the champion. It’s starting to go to his head a little bit. Luke Rockhold is going to beat Weidman later in the year. I’ll beat someone in summer, and then I’ll get my rematch with Rockhold. He head-butted me in that fight, and then this time next year, I’ll be the champion. There you go.”

Michael Bisping isn’t too far off from challenging whoever the UFC Middleweight Champion is in a few month’s time. Bisping recently sat down with MMAJunkie and put in his two cents on who is going to walk out champion if Rockhold and Weidman meet.