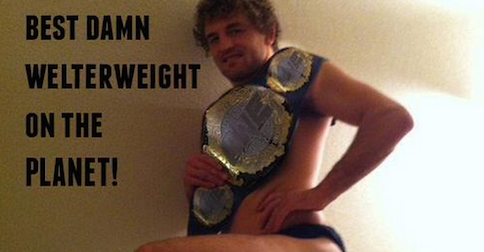 One FC welterweight world champ Ben Askren celebrated his 10,000th twitter post yesterday, and before you look down, we must warn you, it’s shocking!

The photo says it all: