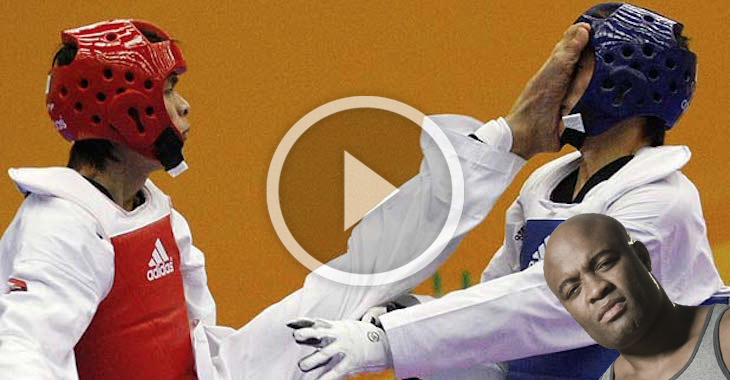 With the recent announcement that former UFC Middleweight Champion Anderson ‘Spider’ Silva will be trying out for the 2016 Taekwondo Olympics Team, it wouldn’t be a bad idea to freshen up on the sport!

We have seen the style enter the octagon several times, but few have seen pure taekwondo. The sport is sometimes difficult to watch and has its’ dull points, so we made sure to show you NONE of that! Watch the top taekwondo knockouts of 2015!

After watching the video above, how do you think Anderson Silva will fare on the mat? One Brazilian taekwondo fighter thinks Anderson Silva has NO business throwing his name in the mix.

Silva’s most recent video shows some poor form, but he acknowledges there is room for improvement!

CHECK OUT THESE TOP STORIES FROM THE PAST 24 HOURS!
– Watch Luke Rockhold’s Path to UFC on FOX 15 Before He Fights Lyoto Machida Tonight!
– STAREDOWNS! UFC ON FOX 15: ‘Machida vs. Rockhold’ EDITION (GALLERY)
– T.J. Dillashaw: ‘Cutting A lot Of Weight Is Bad For The Sport’
– Dana White: Paige VanZant Kicks Floyd Mayweathers A**, So Do The Rest Of My Fighters
– Dana White Confirms Dec. 5 Booking Of Madison Square Garden