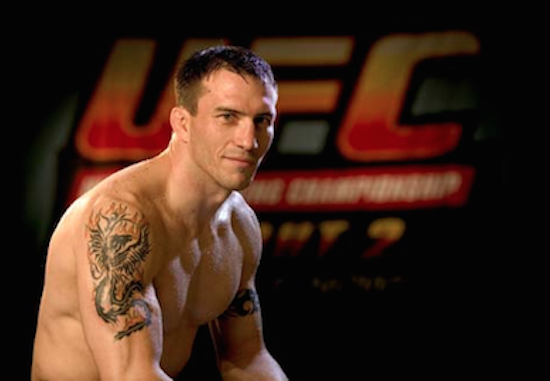 The UFC further continuing their stranglehold over the fighters.

Why? They don’t have enough money to actually pay their athletes above welfare wages?

Will the money trickle down? Has it so far? How many checks have the random fighters gotten from “official” UFC sponsors? None? No Harley Davidson checks? No checks from the supplement sponsors?

“But Nate, NBA players don’t get to put random sponsors on their team jerseys.” Good point. But it’s that of a child. Please shut up and be quiet.

NBA players CAN and DO make shoe deals The NBA tried to squash that, fining Michael Jordan every time he wore his Nikes. Nike paid the fines. Why didn’t Jordan get cut from the Bulls? Because he’d go to the Lakers and make just as much money. Hard to do when you’re working for a monopoly. (Fortunately some organizations are flourishing off UFC’s bad business ideals.)

But here’s a better point: “Cool. You want to treat UFC athletes like NBA players? Nice. So when will the players union be put into place? I assume the minimum wage for a fighter, whether he actually competes or not, will be that of an NBA bench-warmer? Around half a million dollars? OH you just want to pick and choose dumb ass arguments that you think make your point without really thinking things through. You should run for office.”

What is really hilariously sad is they are stomping ALL OVER dollars in an attempt to get a few more nickels. Imagine a UFC with profit sharing. Where EVERY athlete’s paycheck is directly tied to the number of PPV buys. Where fighters are COMFORTABLE in the work place, not given the speech before EVERY fight that if they have a bad night they will be CUT. Where fighters have a chance to grow and build a fan base.

And for you fans…. seeing a PPV where you KNOW all the fighters! Remember those days? The days of packed cards top to bottom? Now you’re lucky if you know the main event. Why is that? First off, the UFC will cut anyone at any time. Fitch, Gerald Dwayne Harris, many others. Now you have GREAT fighters that after a few years of fighting and the blinders are off their eyes they realize, I’m fighting for what? How much? With NO future at all?

Let me clarify, sports are an opportunity, NOT a career. Average NFL career? Around 3 years. So about 1.5 million dollars. Not a bad opportunity. And well worth putting your body in harms way. How about the UFC? I’ve known main event fighters that fought for the UFC for many, many years, who don’t make enough money to even own their own house, put their kids through college, build anything you can in a job you know you’ll have for decades. So these athletes retire from fighting. Why? When they love it so much? Because at some point the love wanes and reality sets in. “I’m always in pain, I’m not appreciated, there’s no future in this and what I’m being paid right now isn’t allowing me to build a future.”

I just read that the UFC is down in profits substantially for the year. So they do what every company does, blame the workers. Blame the customers. Even Dana is quoted as saying if you don’t like what we’re doing, don’t buy the PPVs.

“Participation in the new uniform policy will be mandatory for every fighter under UFC contract. At the end of the day, the more successful you are and the more demand there is for you, as an individual brand, [the more] you’re going to sell. That’s the way the system works, it’s a capitalistic system here at the UFC.”

Well, no, it’s not. The masters have decided what the workers can and can’t wear. Dana always says, “I hear from fighters all the time they don’t want to deal with sponsors!”

Really? Here’s how that should go, “Hey I’d like to give you money to wear this shirt. More money than you’re making to fight.” “No thanks.”

And of course the champs are making the lion’s share of the money meaning the up and comers no matter how much they hustle have no opportunity to make extra money through sponsors or supporters.

“We can’t pay you very much but you can have any sponsors you want.” What I was told when I signed with the UFC.

Then it was, “We have to approve your sponsors.” Then, “You can’t have any competing sponsors that are paying US.” Then, “Your sponsors have to PAY us to sponsor you.” Now it’s, “We decide what you wear and who your sponsor is and how much you get paid.”

The tighter your grip the more fighters will squeeze through your grasp.

Guess how you’ll know EVERY fighter except the champions who are ALREADY paid by the UFC to wear their gear are against this? There will be silence. Not a single fighter will say a word about it. Because they know if they do… They’ll get THE CALL.

“You’re not a company man and everyone thinks you’re an asshole.” Word for word what I was told after complaining that fighters and their camps should be able to use the hotel gym free of charge in the casino they are fighting in the week of the fight.