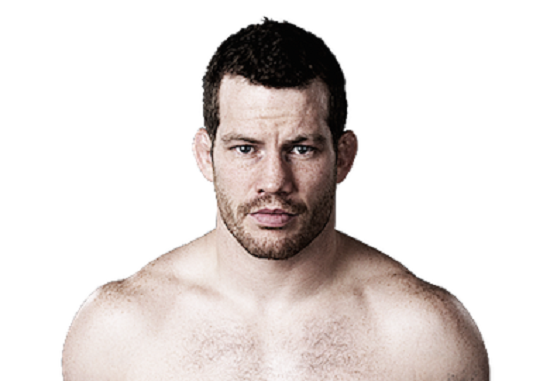 Nate Marquardt is currently gearing up for his UFC 182 bout against Brad Tavares in what is a pivotal middleweight matchup for Marquardt.

After going 0-2 in his most recent stint with the UFC, Marquardt went back up to middleweight, where he submitted James Te Huna in the 1st round of their main event bout earlier this year.

Marquardt spoke to Submission Radio to discuss the bout.

“He’s a very tough fighter. He looks strong and he looks like he’s tough. Like he can take a punch and he can recover from bad positions. He’s a very good striker, he’s got good combinations, good kicks, good punches, good knees and he gets up well off the ground. Even in the fight where he fought Yoel Romero he was able to get up off the ground every single time. He was never held for very long really. So I was really surprised at that.”

“I kind of look at this fight real similar to my last fight as far as game plan, because I feel like it’s something if I come in with a super set game plan it might steer me in the wrong direction, but we’re going to look at some technical aspects of the fight and then sure there’s going to be opportunities for specific things, but I’m not gonna try to dictate one specific game plan or another.”

Marquardt has been in there with the best, including former pound for pound king Anderson Silva, who Marquardt says was the first person to really got in his head.

“I would say not intimidated. You know one time when I fought Anderson Silva, it was the first time I’d ever encountered this I would say, where like we’d seen each other all week or whatever and we we’re just good to each other. Then he was at the weigh ins, and then all of a sudden it’s time for us to just square up or to go face to face and suddenly, like he put his head like real aggressively like right on my head. And I remember, like it threw me off because I never encountered that, wasn’t expecting it. And you know I could feel an adrenalin rush, I was angry and it definitely got in my head you know. Where I should have just said yeah whatever, like we’re fighting tomorrow. There’s no reason to get pumped up right now.”