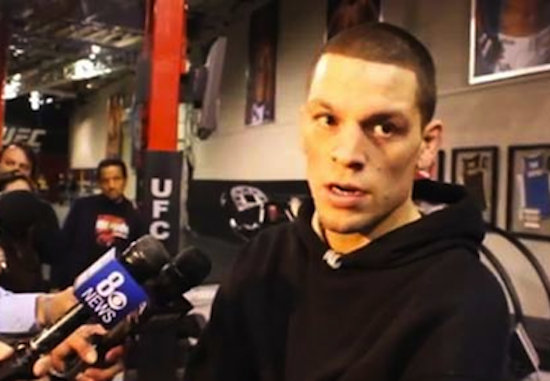 All three of the other fighters showed up to the event, which Diaz was expected to attend, but for reasons unknown the Stockton Slugger never showed.

UFC representatives could not offer an official reason for Diaz’s absence.

Nate is scheduled to appear before reporters at Thursday’s UFC on FOX 13 media day event.

Diaz will meet Rafael dos Anjos in the co-main event slot of this Saturday’s UFC on FOX 13 fight card which takes place live from US Airways Center in Phoenix, Arizona.