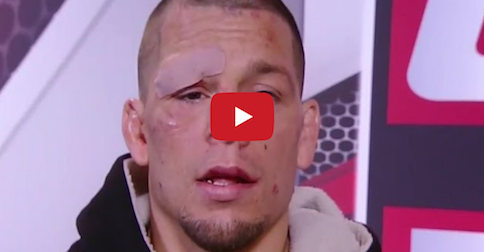 At UFC on FOX 13, Nate Diaz lost to Rafael Dos Anjos via unanimous decision after having his leg battered for three rounds.

Diaz noticeably seemed ‘off’ throughout the fight, and revealed in this interview that he was injured in his training camp, and that was part of the reason he missed weight.