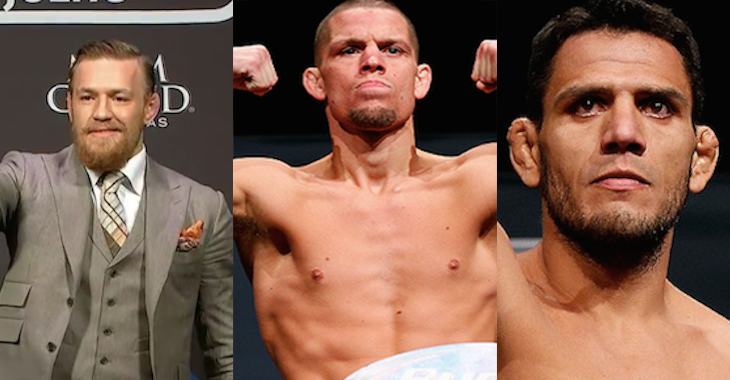 “But hey, Conor McGregor, he’s doing his thing. He’s doing a good job of that and I’m not hating on him. I think he’s doing a great job marketing himself. Everybody’s forgotten who the champ is already because it’s the McGregor show. Conor McGregor keeps talking about coming up and fighting dos Anjos. I don’t know what that’s gonna do for him. That guy’s got like 10 followers or some s**t. So if these guys want some real fights, then they can call and work it out, or if I can figure it out, I’m game to fight if the money is going to be worth it.”

Having Nate Diaz as a guest on any show can lead to an interesting quote. Most recently, Diaz was a guest on the MMA Hour and shared his thoughts on fighting Conor McGregor and Rafael dos Anjos.