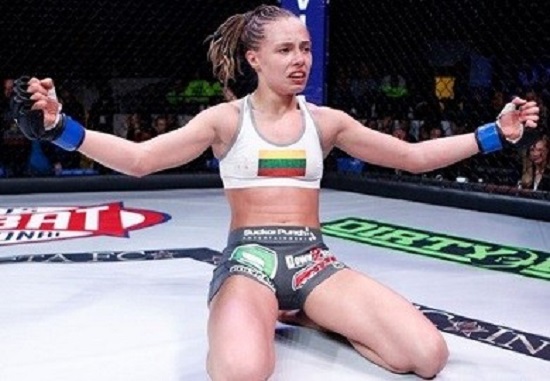 Following the death of Dennis Munson Jr. in his first Muay Thai fight, Rose Namajunas spoke out about Duke Roufus, and the training methods at Roufusport.

Following her lead, former students, instructors, and fighters spoke up about the methods used by Roufusport, and why they disagreed with them.

She spoke to MMAJunkie about why she decided to speak up following Munson’s death.

“If anything, I think the culture may explain why it’s been kept quiet for so long, and why nobody has said anything about it, and the culture makes sense to me with just what I’ve seen in the video with (Roufusport coach Scott) Cushman slapping (Munson) and picking him up by the neck and stuff like that. It sucks because I wish I would have said something sooner, but the culture does kind of put pressure on you to not say anything and not complain about much.”

“I was there for a week. People think that I went back and trained for a long, long time or something. I was just in town and I had to do what I had to do to just not stir the pot. Just come in, come out, keep to myself. And I did feel like I was treated differently, because I was about to be on ‘The Ultimate Fighter’ and I’m in the UFC and all that. But while I was there, I did have people come up to me and start talking to me about some of the issues.”

“With some power comes some responsibility. When I left, I thought, ‘I have to do what’s best for me and if other people want to go there, that’s up to them.’ But now I wonder if that was the right or wrong choice.”

“I don’t mean for the waters to be muddied with all this stuff about the gym culture there, but I do think it’s important for people to have that information so they can make their own judgment… But now that somebody’s life is lost, it’s unfortunate. Now I’m trying to do what I can do so that somebody is held accountable for this young man’s life that didn’t have to be taken.”