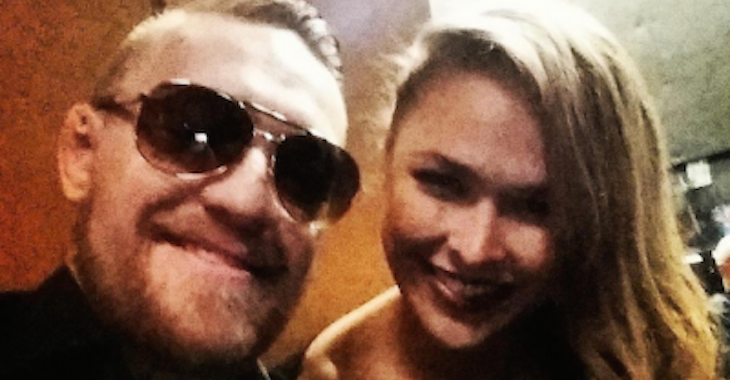 One of those? Ronda Rousey. McGregor dished on Rousey and had nothing but great things to say about the UFC bantamweight champion.

“I swear on my life her back muscles were the most solidest back muscles I’d ever felt in my life. I thought if this lady was to get a hold of me, she would throw me on my head in literally one second flat. So I would not like to engage in a clinch fight with Ronda. But make no mistake about it, I have my ways to win that fight, too.”
BJ Penn, Matt Hughes, & Frank Trigg Talk Fighting… Eachother — EPIC! – AMAZING! – MUST WATCH!