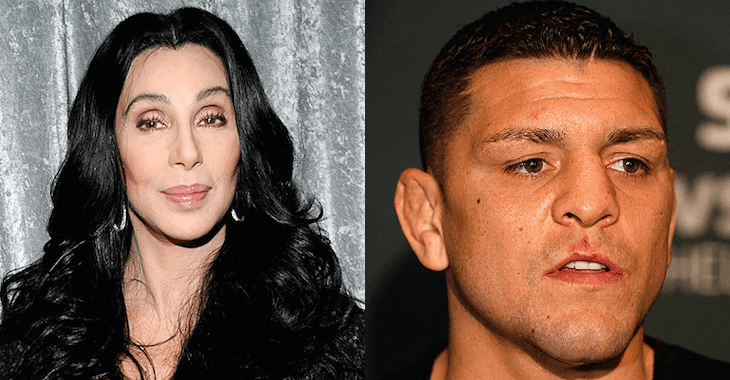 As soon as it was revealed that Nick Diaz would be getting suspended for five years for failing one of his UFC 183 post-fight drug tests, the mixed martial arts community came out in full support of the popular UFC fighter. Everybody from Ronda Rousey to Henry Cejudo spoke out against the Nevada State Athletic Commission on the unfit punishment, and it seems like the music world has Nick’s back as well!

American singer and fashion icon Cher is the latest celebrity to tweet in support of Nick Diaz’s suspension being lifted! The music icon shared the following tweet with her three million followers:

Cher is known for many things, but is most famous for her hit single, “Belive” as well as being one half of the husband/wife duo “Sunny and Cher”. She may not be a name you hear on the radio much in 2015, but the fact that someone with such pull in the celebrity world is showing support for Nick Diaz is a MAJOR step in the right direction of getting him freed.

As of right now, the signature has 67,573 signatures and only needs 32,427 more before the White House has to acknowledge the petition! Help Nick Diaz and the petition reach its goal of 100,000 signatures by October 16!