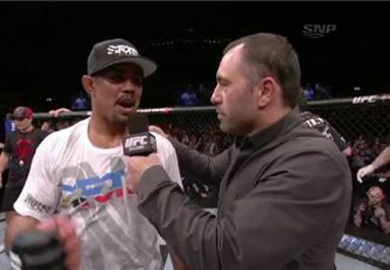 “I kind of went into depression and was kind of like one of Austin Powers’ characters in his movie. I ate because I was sad and I was sad because I ate. Having an adversity stricken year was really, really hard for me. It was just hard for me to not be able to fight and not be able to compete and not train for six months. It was very hard. Adversity is the dust that polishes the diamond. It’s a bump in the road for me and it’s part of my story.”

Munoz returns to action at UFC 162 against Tim Boetsch.