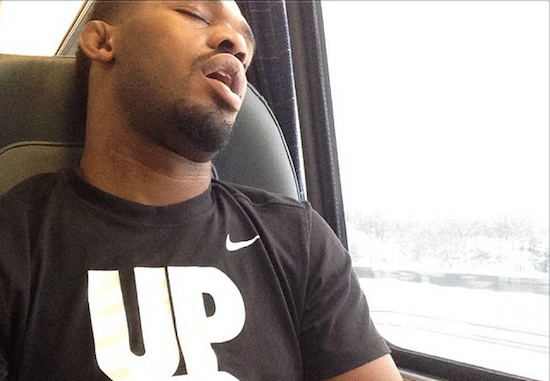 Well… I think he was dropped, following his public brawl with Daniel Cormier, but what’s important here, is that he’s moving on.

According to reports, “Bones” is in heavy negotiations with Nike’s number 1 competitor, Reebok.

Are you ready to trade in your “Bones” Jones Airs for a set Of Reebok runners?