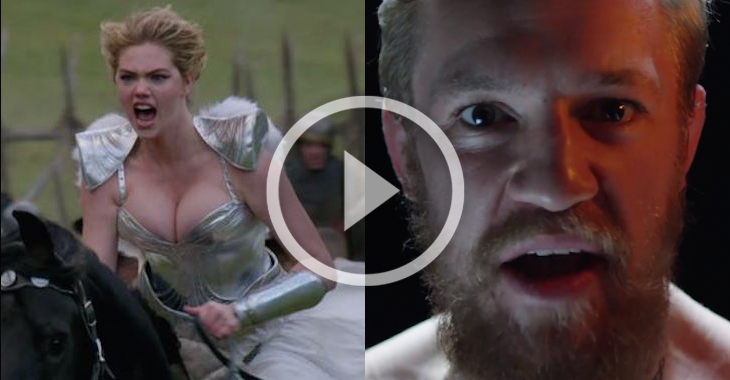 UFC Featherweight Championship contender Conor McGregor will take on ALL challengers in “Game of War”! Kate Upton has been seen in recent television advertisements, but could the gaming company be giving the model the boot in favor of McGregor? Check out his challenge in the video below!

I'll find you and make you kiss my feet!Join me in Game of War! smarturl.it/ConorFB2

While there’s no doubt McGregor needs some training in Game of War, he will probably be spending more time preparing for his upcoming fight with Jose Aldo or Chad Mendes at UFC 189. Which fight would benefit McGregor more? Share your thoughts in the comment section below!