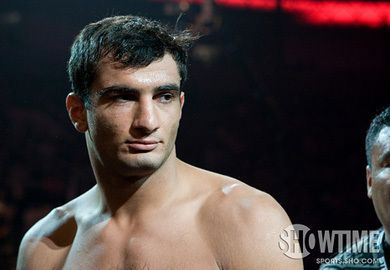 “I was overstrained, not motivated, not training well. I think that had something to do with it. This year-layoff got me hungry again and I’m training really good now. I think, it was good (the layoff), I’m making it a positive thing. I was just fighting. I won the belt in DREAM, I won the belt in Strikeforce, every fight was just a fight, it wasn’t something special, it just was getting in the ring and fighting.

I didn’t have a lot of motivation the last couple of years, but, I’m really excited to fight and with the idea after this fight maybe I can go to the UFC, so that is very motivating and I am training really well for this fight. Now, I have coaches and sparring partners. I am doing now everything right. Maybe this sounds weird, but, I don’t believe I ever trained for a fight. Now, every day I am getting tired. I don’t want to go to training. Back then, I used to run a little bit in the morning and do a little bit of sparring and when I would get tired, I would relax.