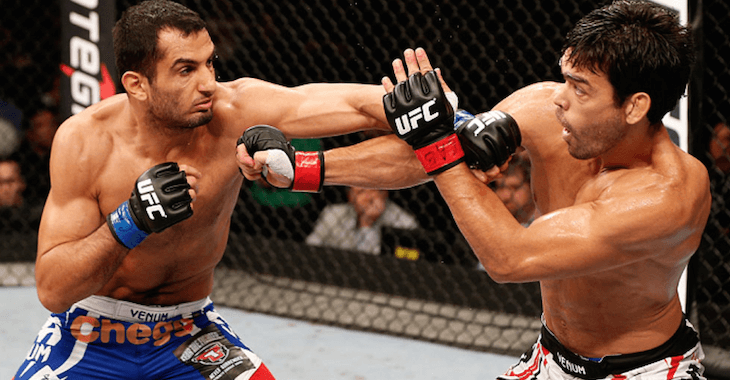 Back in February of 2014 UFC middleweights Gegard Mousasi and Lyoto Machida met in the octagon and battled it out for five full rounds. Machida ended up earning the unanimous decision, but now, ahead of his fight with Uriah Hall at UFC Fight Night: Japan Saturday night, Mousasi is accusing ‘The Dragon’ of greasing.

Mousasi talked to MMAFighting and said that he would like to rematch Machida, and this time fight in the U.S., not Brazil, that way he won’t get away with being oiled up.

“One thing I know for sure is he was oiled up. He had a lot of oil in his body. You don’t sweat it, but once you sweat it comes out. I’m fighting, at that moment I don’t think about it, but looking back to the fight, I took him down and he got back right up, I wasn’t able to grab something. I had his back, and I slipped from his back. Later one, even Luke Rockhold said he was slippery in his fight. Watching the pictures, he was shining as hell. What can I say? So those are things it makes difference, so, yeah, I think it’s gonna make the difference if he fights somewhere else.”