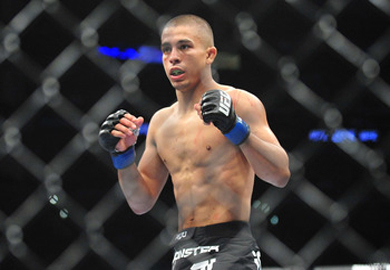 UFC officials have booked a flyweight contest for their December show in Las Vegas in the form of John Moraga versus Chris Cariaso.

Cariaso last saw action in his flyweight debut with a division win over Josh Ferguson at UFC on FUEL TV 4. The former bantamweight posted notable wins under the UFC banner over Vaughan Lee and Takeya Mizugaki before dropping down a division.