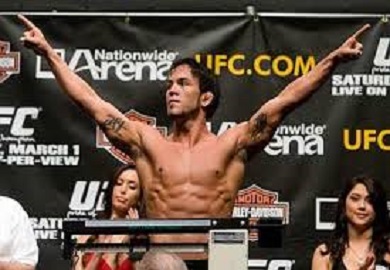 MMA veteran Jorge Gurgel has retired from MMA after losing his mother to a tragic accident last month.

On August 29th at 2 p.m. Gurgel’s mother departed the Apple store with her newly resotred iPad and headed home to finish packing her suitcases and head to the airport to head to Ireland, where she would stay for a year to work.

A cab rushed through an intersection after racing a red light and struck and killed Gurgel’s mother.

He spoke to MMAJunkie about the devastating incident:

Gurgel recalled how he had spoken to his mother less than an hour before the tragic accident.

“It was of those mom speeches,”

“She was all about positivity,” Gurgel said. “She had the biggest smile in the world. She hated people that played ‘poor me, poor me.’ She was all about owning your s–t. Get the hell up. Get your s–t done. Don’t find excuses. She did not believe in excuses.

“Everybody who knows me knows that she was my hero. She was many people’s hero. The person I am today I owe 100 percent – not 99 percent – 100 percent to her. Everything I am and everything I’ve accomplished is because of her. She believed in me.”

Gurgel has decided to make a change in his life by changing the lives of others.

“My goal now is to make people’s lives better and make them feel better about themselves,” Gurgel said. “People that come (into the academy) overweight. People that come with low self-confidence. People that come who have been bullied in school. There’s no better feeling than seeing them six months later winning NAGA (North American Grappling Association) competitions or knocking people out in muay Thai competitions, knowing that I had a part in all that. Knowing that I created that (is satisfying).

“I’m going to continue to change as many lives as I can for the positive using martial arts to do it. It changed my life. I want to spread it all forward.”

“I’m happy because I feel like she’s with me,” he said. “She talks to me. I’m going to do what she told me. I’m creating the life I want to live. And nobody can f—ing stop me.”