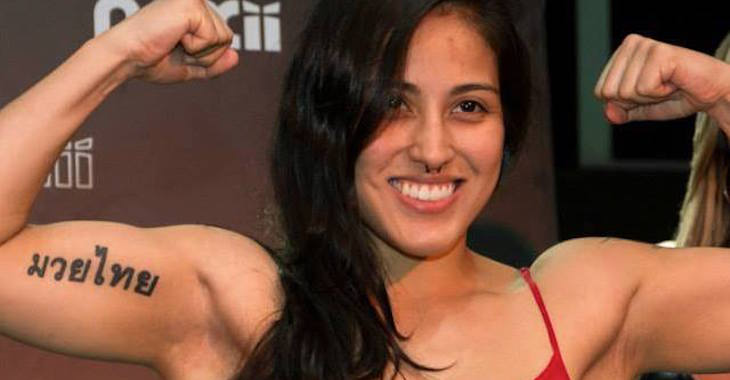 Every now and then, a story pops up that is equally as amazing as it is terrifying. Today’s case and point is the story of a fighter named Kinberly Novaes who actually won a championship while twelve weeks pregnant!

Novaes went toe-to-toe with Renata Baldan in the inaugural Noxxi event to decide the fate of the vacant Noxii Strawweight Championship. The two women fought in the main event of the card and put on a twenty five minute fight that saw Novaes leave the cage with her hands raised in victory… then she got a surprise several weeks later.

“We did a morphology ultrasound last week and the doctor said I’m 24 weeks pregnant, almost six months, and my baby is healthy and strong,” Novaes told MMA Fighting.

Novaes was expected to make her big debut in RFA next week against Jocelyn Jones Lybarger, but obviously will not be permitted to fight.

“I’m a little stubborn, I don’t like to go to the doctor,” Novaes explained. “I’ve been feeling sick for a while, colic, headaches and cramps. I was feeling tired recently, couldn’t even run, and it was really tough for me to cut weight. I was cutting weight for my RFA debut, but couldn’t lose weight. I did a stricter diet four weeks before the fight, and I actually gained 2.2 pounds in six days. I was desperate. I realized my belly was hard, so I thought I had some intestine issue. I took laxative and other things, but a guy that does massages for me told me to go to the doctor.”

Bruno Barros, promoter of Noxii, has already taken responsibility for the mishap and takes the blame for the situation. He said, “I didn’t ask for the exam. That’s the truth… I didn’t even think about the possibility of a woman fighting while pregnant, going through a camp and dehydrating and everything.”

No matter who is to blame, we are just thankful the baby is healthy!