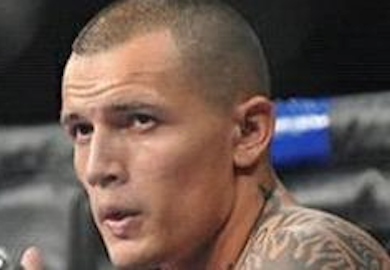 New details are released in the case of a northwest Las Cruces man who fought off four men to protect himself, his fiancée and their 2-year-old son.

According to deputies, two days ago, four men broke into a home on King James Road. It left one man dead, one man injured and landed two others in jail.

On Friday, KFOX 14 crews went to the house to speak with the victim, Joseph Torrez, but no one was home.

“Last night they had about four or five trucks over there just throwing stuff in. Just vacating the premises,” said neighbor David Cooper.

“They were all nice and quiet and I don’t know what happened,” said Cooper.

KFOX 14 got a hold of the arrest affidavit. Deputies said it all started with an argument between Torrez and four other men. One of the men, Leonard Calvillo, called Torrez on the phone.

The arrest affidavit said, Calvillo threatened to go to Torrez’s home. The affidavit quoted Calvillo when talking to Torrez saying, “I will kill you and your family.”

Shortly after that threat, Torrez’s home was seen with a broken glass door and broken window.

Deputies said Calvillo along with Nathan Avalos, Sal Garces and Raymond Garces broke into the home.

They said Torrez’s fiancée tried to hold the four men back, but was unable to. The arrest affidavit reveals the men tossed furniture and then physically attacked Torrez.

“We heard the sirens and the lights and we looked outside and saw the cop cars,” said Cooper.

Deputies said Torrez was able to fight off all four men, protecting himself and his family. Neighbors said what alarmed them the most was a body bag lying in the street. “We were a little shocked about it because normally this neighborhood is really quiet,” said Cooper. Deputies said Sal Garces died from stab wounds. What appears to be blood stains can still be found on Torrez’s property. Avalos was taken to the hospital. Calvillo and Raymond Garces were arrested and face multiple charges including aggravated battery and aggravated burglary.