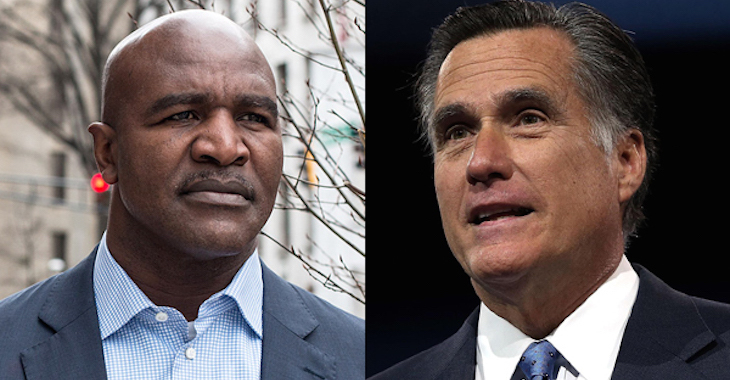 Proceeds of the event will go to Charity Vision, a charity group founded by a physician and former Mormon missionary aimed at bringing medical care — mostly eye surgeries — to impoverished areas of the world.

Romney, taking it in stride, offered these comments to The Salt Lake Tribue,

“It will either be a very short fight, or I will be knocked unconscious,” Romney quipped in an interview recently. “It won’t be much of a fight. We’ll both suit up and get in the ring and spar around a little bit.”