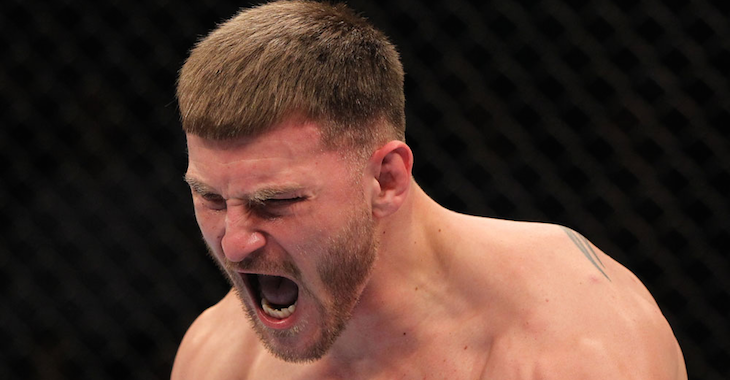 “It was a good fight, both were going at it – Werdum came out on top. Y’know, I’m looking to get a shot now for my title shot. So it’s great, it’s between me and him [Arlovski], it’s a 50/50 chance but hopefully I get a better chance than him. Y’know, he’s a great fighter, but I feel deserve it more than he does.”

UFC heavyweight Stipe Miocic talked to the media while in Berlin for UFC Fight Night 69 and said that if it’s between himself and Arlovski, then he feels that he deserves the next title shot.

Who do you think should get it next out of those two, Arlovski or Miocic?