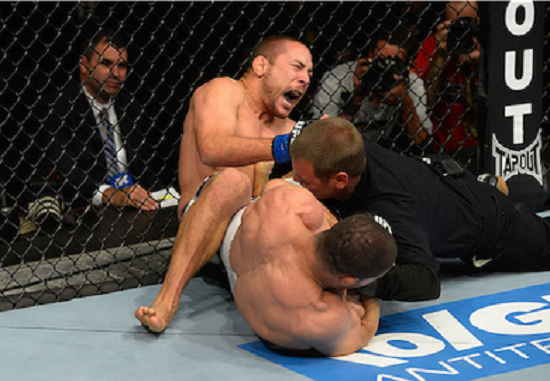 UFC veteran Mike Pierce hasn’t seen action in the Octagon since UFC Fight Night 29, almost a year ago to date. The bout ended in the first round when Rousimar Palhares infamously secured a heel hook, but refused to let go of the submission after Pierce tapped, and subsequently was released by the promotion.

Pierce was then scheduled to fight Demian Maia earlier this year, but after Pierce broke his hand in training, the bout was scrapped.

Now Pierce is ready to return to the Octagon after the longest layoff of his career.

He spoke to MMAJunkie about his desire to return to action.

“It was the first broken bone I’ve ever suffered in my entire life I played football, I wrestled and I’ve done MMA. Through all those years of all those sports, never had one broken bone. Then, of course, I get one in training camp when I hit someone wrong.

“It was such a grueling process to get healed and deal with casts and braces and not moving your wrist very much. It was just agonizing most of the time. It wasn’t any fun, so I’m not trying to break my hand ever again.”

“This whole last year has really sucked for me. I’m just excited to get back in there. At this point it doesn’t matter who it is. Whatever goes my way is fine. I’m just looking to knock someone down.”

“I still see myself somewhere around the top of the division. I’m not too worried about that at this point. I’m just ready to have a fight scheduled and get back in there and do my thing. Not much has changed. I’m looking forward to getting back in there as soon as possible.”