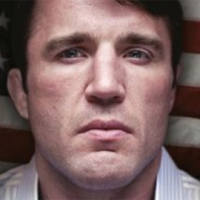 Mike Dolce went from having a lackluster career as a mixed martial arts fighter to having a very successful career as a nutritionist for some of the top athletes in the world today.

One of the high-profiled names that he helps reach his desired weight on fight day is Chael Sonnen, who just recently fought Anderson Silva in a losing effort at UFC 148.

Dolce was a guest on MMASucka Radio and expressed his thoughts on all things Chael Sonnen.

“After the fight he said ‘I know I lost, but I’m still better than that guy’ and I agree, just on these two nights he wasn’t and we respect that and appreciate that but he’ll certainly be back.”

“It’s a fight, punches, knees and kicks are thrown and sometimes it’s not thrown to the letter or the law, we know it and we get it but we’re moving forward with it and we want the next fight, we’re not looking back to that fight because they are gonna have to fight again, quite possibly or he’s gonna have to fight someone else, that’s certainly Chael’s feeling, that’s my feeling.”