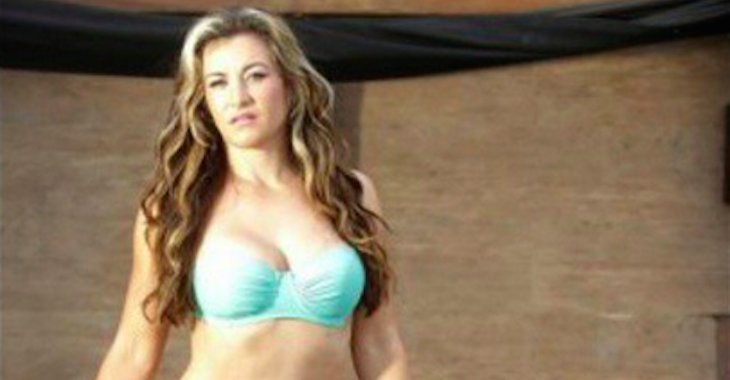 Title contender Miesha “Cupcake” Tate represents the 206 with a smile as she’s seen in her twitter picture with some guy, I think his name is Brian Caraway? – Just kidding

Tate will be squaring up against women’s bantamweight champion Holly Holm, on the same card fighting to become a two division champion is Conor McGregor who will appear on the main-event slot with champ Rafael dos Anjos.

UFC 197 was going to take place in Rio de Janeiro but multiple sources are pointing that  “Cupcake” and her team will be fighting for the title in Las Vegas NV.

The official UFC announcement to the change of venue hasn’t been confirmed by the UFC at this time.   So get ready for UFC 197 to take place in the desert oasis of ‘sin city.’