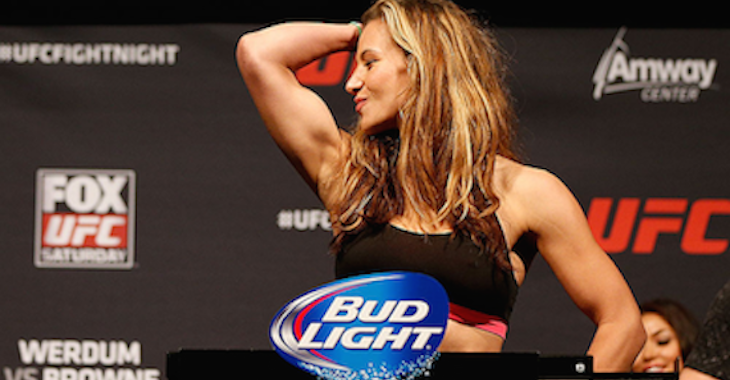 Miesha Tate is adding gasoline to the flames of her fight with Jessica Eye!

It was announced earlier this month that Miesha “Cupcake” Tate was going to step into the octagon with Jessica Eye at ‘UFC on FOX 16’ in Chicago, Illinois. Tate will be riding a wave of momentum into this fight as she is on a three fight win streak with her most recent victim being Sara McMann.

Jessica Eye decimated Leslie Smith at UFC 180 and is looking to make a name for herself when she steps into the octagon with Tate… or will she? Apparently Eye has yet to sign her contract— Tate calls her out on it below!

“Hey @jessicaevileye where you at girl?! Now that we actually have real contracts to sign mine is done where is yours?! Sign your contract!!!”