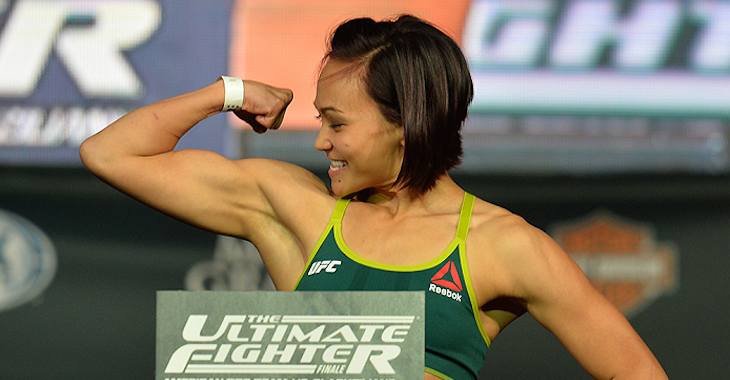 ‘The Karate Hottie’ is 1-0 in her UFC career, and is looking to build momentum as she fights Tecia Torres at UFC 194 on December 12th.

Waterson, who has compiled a 13-4 record in her professional MMA career, didn’t appear on TUF 20 alongside many of her fellow strawweights.

Regardless, she had her eye on the UFC all along.

“I’ve been fighting for a while, and to see it come full circle and be in the UFC and just say I’m a part of this wave happening with women’s MMA is nice.”

In regards to her UFC 194 fight against Tecia Torres, who did appear on TUF 20, Waterson had praise for her opponent, but admits she sees holes in Torres’ game.

“We both match up evenly in the striking area,” Waterson said. “Just looking at her record, with all decisions, (she’s been) able to pull off the wins with her speed and quickness and explosiveness. But I do feel I take the edge on the ground. I think that I’m able to see the opportunities more than she does, so I think I can capitalize.”