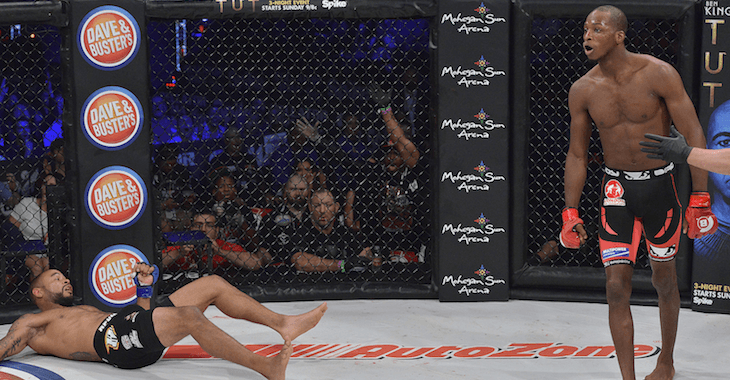 Fan favorite and flashy striker Michael ‘Venom’ Page now has an opponent locked down for the upcoming Bellator 144 event.

It was announce by the promotion that the undefeated fighter will be taking on Charlie Ontiveros. The welterweight scrap will take place at the Mohegan Sun Arena in Uncasville, Conn., on October 23. The main event for that card will be a bantamweight title fight between Marcos Galvao and Eduardo Dantas.

This means the fight card has been finalized and everything is made official for the Oct. 23 night of fights.

SANTA MONICA, Calif. (October 5, 2015) – Michael “Venom” Page (8-0) looks to remain undefeated to begin his exciting career, when he faces Charlie Ontiveros (6-3) in a welterweight contest at “Bellator 144: Galvao vs. Dantas 2” at the Mohegan Sun Arena in Uncasville, Conn., on October 23.

The bout will take place during the main card of “Bellator 144: Galvao vs. Dantas 2,” which airs live and free on Spike at 9 p.m. ET/8 p.m. CT, while preliminary bouts will stream on Spike.com at 7 p.m. ET.