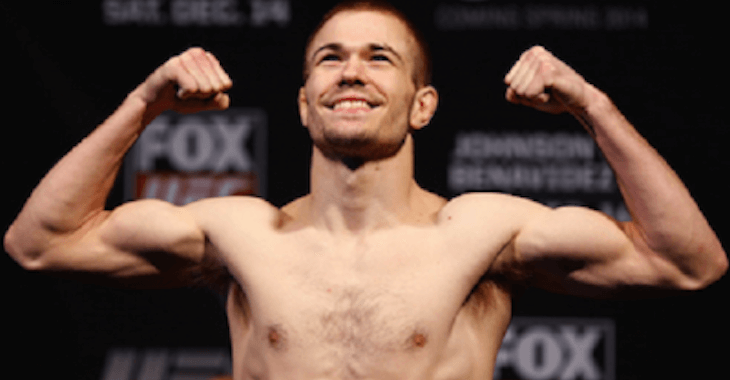 It has been nearly 2 years since Michael ‘Mayday’ McDonald has been inside the Octagon. In his last outing, ‘Mayday’ lost to Urijah Faber via submission in a #1 contender bout.

Earlier this week it was announced by the UFC that McDonald would be returning to the Octagon at UFC 195 on January 2nd to fight Masanori Kanehara.

Kanehara is an MMA veteran of 42 professional fights and boasts an impressive 25-12-5 record, however he is just 1-1 under the UFC banner. In his UFC debut he picked up a decision win over Alex Caceres before dropping a split decision to Rani Yahya in his next bout.

By the time he steps in the Octagon on January 2nd it will have been over 2 years since McDonald fought in the UFC.