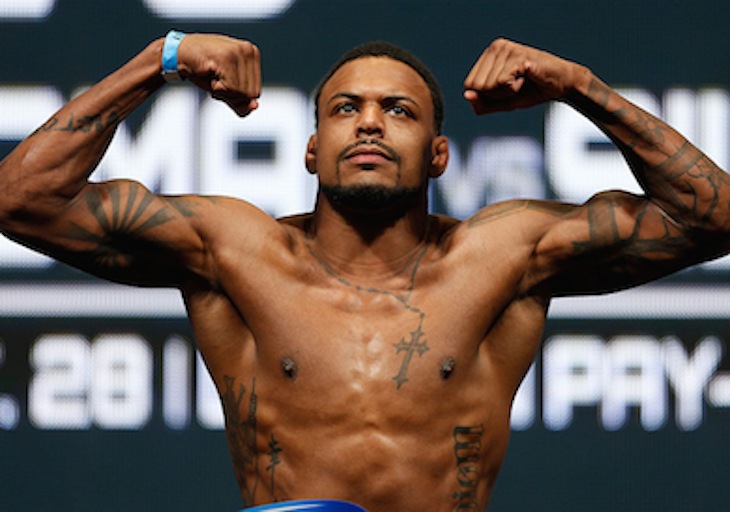 Earlier this week it was announced that Michael Johnson would be returning to the UFC to fight Edson Barboza in the co-main event of UFC Fight Night 61.

The bout comes after Johnson had been absent from the Octagon for 9 months, which we now know came as a result of a ‘domestic dispute’.

The UFC released a statement about the situation earlier today which was obtained by MMAJunkie.

“UFC lightweight Michael Johnson was ineligible to compete in the UFC organization following his arrest regarding a domestic dispute in Palm Beach County, Florida in April 2014. Given that the allegations against Johnson constituted a potential violation of the UFC Fighter Conduct Policy, the UFC organization temporarily barred Johnson from competition pending the completion of a third-party investigation. Following a thorough review and investigation – including personal interviews with Johnson and independent confirmation that he has satisfied all obligations required by the UFC – Johnson is once again eligible to compete and will begin training for his next fight at ‘UFC Fight Night: Evans vs. Teixeira’ in Porto Alegre, Brazil. The UFC will continue to monitor Johnson’s status. He must fully comply with the UFC Fighter Conduct Policy and all other contractual and additional obligations in order to continue competing in the UFC.