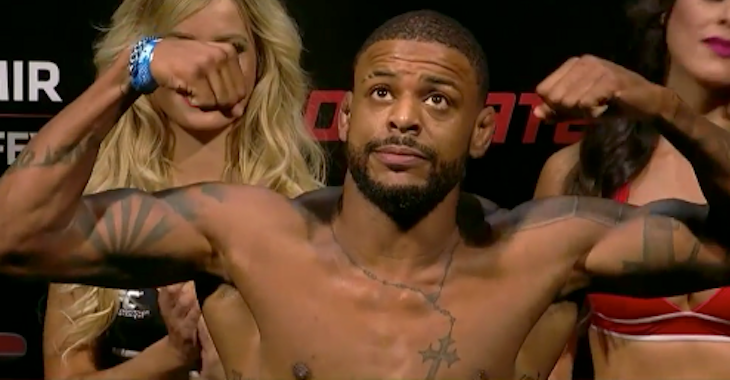 A key lightweight bout between Michael Johnson and Beneil Dariush is the latest addition to August’s UFC Fight Night 74 event in Nashville.

Michael “The Menace” Johnson (16-8 MMA) was most recently seen in action at February’s UFC Fight Night event in Brazil, where he earned a unanimous decision victory over feared striker Edson Barboza. That win marked Johnson’s fourth-straight, as he had previosuly earned victories over Melvin Guillard, Gleison Tibau and Joe Lauzon respectively.

Meanwhile, Beneil Dariush (11-1 MMA) was last seen in action at April’s UFC on FOX 15 event in Newark, where he scored a unanimous decision victory over veteran Jim Miller. Like Johnson, Dariush is also riding a four-fight win streak, scoring wins over Tony Martin, Carlos Diego Ferreira and Daron Cruickshank during that stretch.

Who do you have winning this lightweight scrap? Sound off Penn Nation!