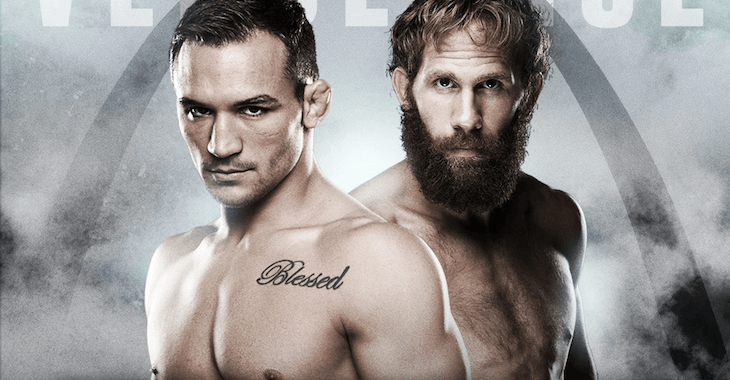 Bellator added another big fight to their already stacked Bellator 145: Vengeance event. The show will take place on November 6, at the Scottrade Center in Saint Louis.

On Tuesday the promotion announced that a lightweight rematch between Michael Chandler and David Rickels will take place on the main card of the big event. In the main event we’ll see a title fight between featherweight champion Patricio Freire and Daniel Straus. The lightweight title fight will also be on the line when the champ Will Brooks takes on Marcin Held in the co-main.

This will be one of the promotion’s tentpole events, check out the announcement via an official press release:

SANTA MONICA, Calif. (September 22, 2015) – Bellator MMA continues to stack the deck for its return to Scottrade Center in Saint Louis on November 6, when former lightweight champion “Iron” Michael Chandler (13-3) meets David “The Caveman” Rickels (16-3, 1 NC) in a rematch that takes place during the main card of “Bellator 145: Vengeance,” which airs live on Spike at 9 p.m. ET/8 p.m. CT.