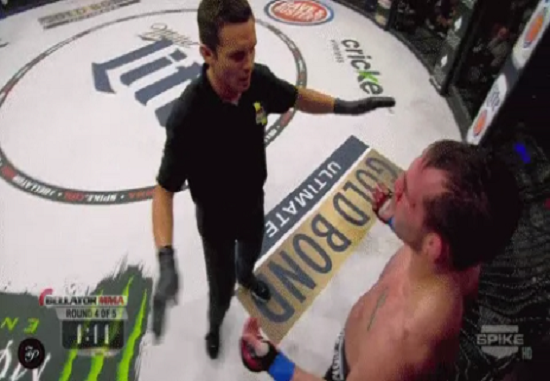 Michael Chandler was on the receiving end of one of the most bizarre knockouts in MMA history this past Saturday when he was KO’d by Will Brooks (See that HERE).

Following the bout, Chandler spoke to Sherdog to discuss the strange KO.

“It’s a loss, it was a hard one to take. I showed up prepared and I wasn’t the man who won. I left no stone unturned, I trained as hard as I possibly could and lost the fight. That’s what happens. I don’t remember much, everything happened so fast. I watched the replay, it looked like I wasn’t really able to see. It was weird looking, but that’s the fight game. There’s a lot crazy stuff going on inside that cage. Get back to the drawing board, and I’ll be back and gonna win some fights here.”