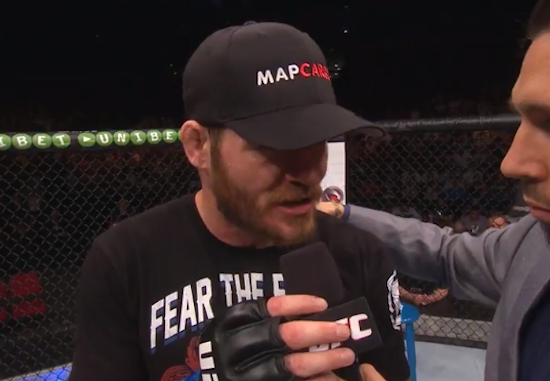 “I’ve got to be careful about how I word this, because he beat me fair and square, but I can’t really remember anything after the headbutt, to be honest. But that’s the way it goes. We’re in there and we’re punching and we’re kicking, and heads clash. I doubt it was intentional. But it certainly did affect things.”

“I still love what I do. I still love this. I’m a fighter, I’ll always be a fighter. As long as there’s a beat in my heart, I’ll still fight. I love doing this.”