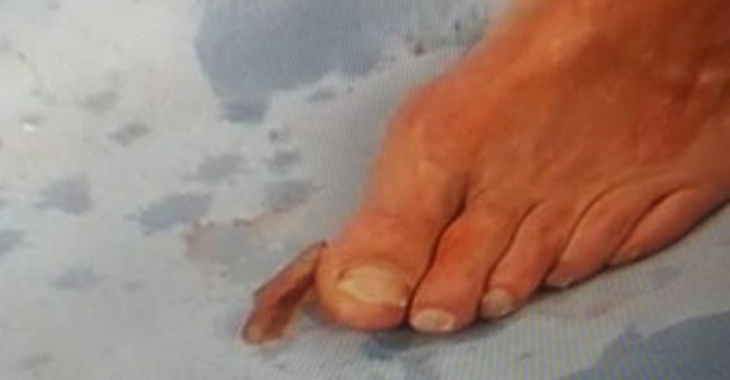 Michael Bisping and Thales Leites left it all in the octagon on Saturday at UFC Fight Night 72. While the decision may have been controversial, one thing is certain: Michael Bisping is one tough bastard.

Bisping seems to always get injured in fights and “UFC Fight Night 72” was no different. At the beginning of the fight, “The Count’s” skin at the bottom of his toe ripped off.

“The skin at the bottom of my toe came off, I think at the end of the first or at some point in the second round,” Bisping said at the UFC Fight Night 72 post fight presser. “Just an annoying injury, basically. Every step that I took was painful, but you know, what are you going to do?”

But really. Bisping's toe. Looks like someone took a cheese shredder to the bottom of his toe and sliced it. pic.twitter.com/0F23J7jweo

The injury may look brutal, but Bisping was able to push through the pain to win the fight by way of decision. Do you think you could keep fighting after suffering an injury like this? Share your thoughts in the comment section below!