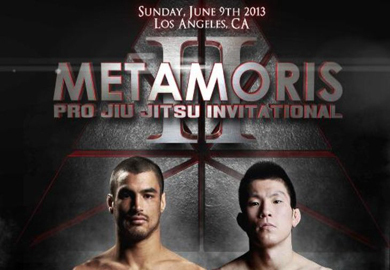 “Jiu Jitsu tournaments have devolved, especially at the elite level, to a game based on who can score points with a sweep or dominant position in the last few seconds of a match to win,” says Gracie. “I founded Metamoris to create a tournament where submissions are the only goal, not points. With the introduction of judges, we will avoid draws. Someone in a fight is always sharper. And now, the fighter who controls the bout with technique, the fighter who shows more varied and frequent submission acquisition, will get his hand raised.”

Metamoris distills competitive Brazilian Jiu Jitsu to its purest form. The Metamoris Pro II Invitational is a proving ground for the best in the world to test their skills, stamina and heart, and deliver the fans an unprecedented viewing experience in the process.