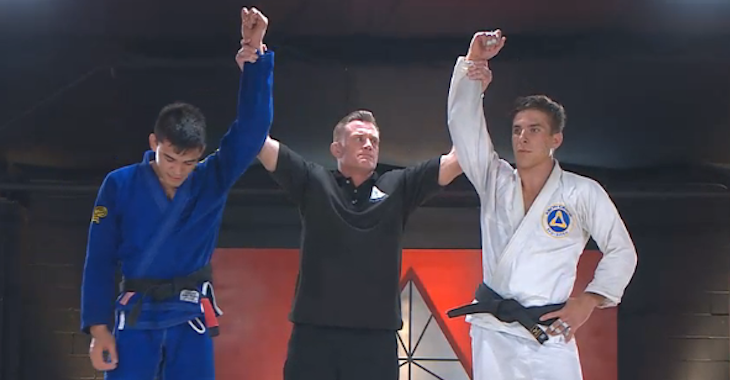 Michael Liera Jr. and Morgan Neidlinger were the first grapplers of the night to battle to a draw at “Metamoris 6”.

Neidlinger spent fifteen minutes in the guard of Liera, but was controlling the bout from the top. However, every single time Liera would attempt a submission Neidlinger would give up his positioning by successfully escaping.

Liera was able to gain control of the bout by hooking Neidlinger’s leg with his arm and dragging him to the mat. With five minutes remaining, Liera worked for an omoplata which failed, but ultimately gave him side control.

Liera made a swift transition from side control to a triangle choke, but Neidlinger’s head was almost out of the hold as soon as it started. For the remaining four minutes of the match, Liera and Neidlinger jockeyed for position to no avail.