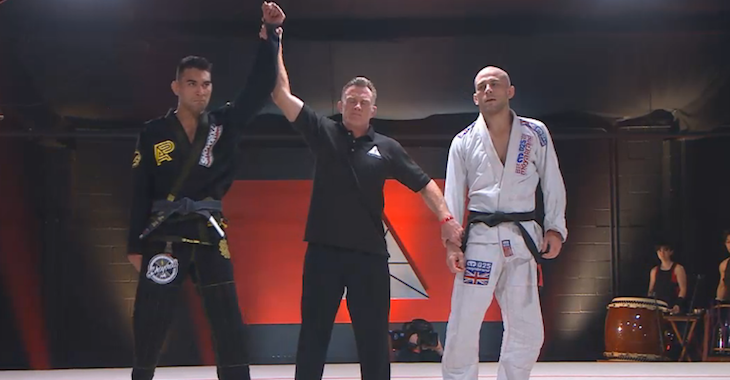 Francisco Iturralde made his submission victory over Greg McIntyre look easy. McIntyre was defending holds and advances for the entire fight and never really had a chance to do anything. Every single time he tried to reverse or switch, Iturralde would cut him off and keep him in danger.

McIntyre jumped right into Iturralde’s triangle attempt at the start of the fight. Iturralde was patient in his attack and didn’t rush to lock in the hold. He waited for McIntyre to present something to him and eventually, Iturralde transitioned to an omoplata.

McIntyre defended well but eventually gave his arm up for a reverse armlock! Iturralde saw he wouldn’t get the submission win there, so he transitioned to a standard armbar and McIntyre was forced to submit.