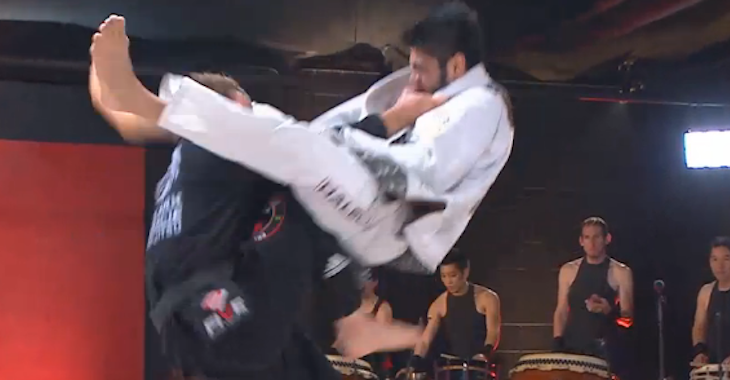 Roberto Satoshi and Clark Gracie battled to a draw tonight in one of the most exciting matches yet. Satoshi and Gracie both saw a decent amount of offense throughout the bout, but Satoshi came closest to finishing Gracie in the final three minutes of the fight.

With Gracie in his guard, Satoshi was able to transition to a lighting fast omoplata. Gracie, an omoplata expert, was able to defend only to get an armbar slapped on. Gracie escaped the armbar and stumbled into a triangle!

Satoshi could not finish Gracie with any of those holds and the remaining two minutes of the bout saw the competitors jockeying for position. Time expired and the two embraced, acknowledging each other’s talent.